Does my insurance cover the measles vaccine in Thailand?

Recently, authorities in the Philippines have declared a mass outbreak of the highly contagious measles in the capital city Manila. The country has registered 5,120 cases for the whole of 2018, a six-time surge compared with 791 cases in 2017, with already 50 deaths from December to January. Likewise, Thailand has also been battling with an ongoing virus outbreak, which included at least 4,327 cases in 2018. Today, Pacific Prime Thailand will look into the factors that have contributed to the measles outbreaks in these countries, as well as the symptoms, methods of transmission, and treatment of the disease.

What factors have contributed to the measles outbreaks?

As mentioned in our previous article, measles is one of the most common endemic infections in the Land of Smiles. While the government has already stepped up on its measures to prevent the spread of the virus, refusal to get vaccinated in certain religious communities has contributed to the measles epidemic.

Refusal of vaccines also occurs in the Philippines, but not for religious reasons. In 2016, the government rolled out a USD $67 million program to inoculate a million school-aged children with the Dengvaxia vaccine provide them protection against dengue infection. However, subsequently, it was found that the vaccine could backfire and provoke a much more serious form of the ailment, potentially leading to at least 106 deaths after receiving the vaccination. Since then, public confidence in vaccines has plummeted drastically, and the vaccine coverage rate has plunged from 70 percent in 2017 to 40 percent last year.

What are the symptoms of measles?

The measles virus is a highly contagious and infectious airborne disease that spreads easily through the coughs or sneezes of infected people, and can lead to deadly complications. Around 10 to 14 days after exposure to the virus, the patient will exhibit the following symptoms:

Around three to five days after these symptoms start, a widespread skin rash will break out, which usually begins as flat red spots on the forehead, which then spreads to the rest of the face, then down the neck and torso to the arms, legs, and feet. This rash can last up to seven days and will generally go away.

What are the modes of transmission?

The measles virus lives in the nose and throat mucus of an infected person. As mentioned above, people are at risk of contracting the infection when they breathe in or have direct contact with virus-infected fluids, namely droplets sprayed into the air when someone with measles breathes, sneezes, or coughs. The virus is so contagious that it can remain infectious in the air for up to two hours after the infected person leaves an area. And nine out of ten unvaccinated people will get the disease if they are near an infected person.

Since the virus is spread through airborne respiratory droplets, it is most contagious when the patient has a fever, runny nose, and cough. Yet, they can also spread the disease from four days before the rash starts to around four days after the rash.

How can measles be cured?

Measles is a viral infection so there is no specific medical treatment, and you can only wait until it runs its course. Meanwhile, medicines like fever reducers and antibiotics are commonly prescribed to alleviate symptoms such as fever and bacterial complications. Having said that, some treatments are available for certain types of vulnerable individuals exposed to the virus.

Non-immunized individuals can receive vaccinations within 72 hours of exposure to the measles virus. That way, even if the person still develops measles, it will have milder symptoms and last for a shorter period of time.

Those with weakened immune systems (such as HIV virus carriers), pregnant women, and infants can receive an injection of proteins called immune serum globulin within six days of exposure to the measles virus to prevent infection, or make symptoms less severe.

While there is no way to cure measles, the best way to protect yourself and your kids against the virus is to receive vaccinations. Ideally, it is essential for all kids in a society to get the vaccine on schedule so that those who cannot receive it will still be protected by “herd immunity”.

Will insurance cover the cost of measles vaccines?

While locals can enjoy free vaccinations provided by the government, expats working in the country may have to pay for the vaccination out of pocket, unless they have secured an insurance plan that reimburses relevant costs. Ultimately, whether you will be covered depends on the scope of coverage of your health insurance plan. While the outpatient benefits of many plans do address vaccination costs, you may find that those plans limit the types of vaccines. As such, it pays to engage the services of an insurance broker so that you can easily find a plan that meets your requirements and budget needs.

An experienced insurance brokerage can also act as a secondary source of professional opinion and offer impartial advice on important insurance matters. For example, they will remind you that vaccine benefits can come with a waiting period, which means that you will need to wait for a certain period of time before you can access coverage.

With over 19 years of experience and nine offices across the world, Pacific Prime Thailand is an established insurance brokerage that offers comprehensive services across different stages of your insurance journey. Contact us today for impartial insurance advice, an obligation-free quote, and a plan comparison! 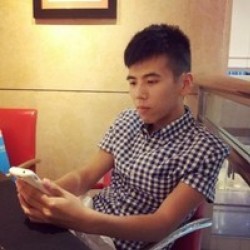 Latest posts by anthony (see all)

Anthony Chan is a content writer at Pacific Prime. He’s responsible for writing, translating, and editing articles, guides, infographics, leaflets, as well as other resources for Pacific Prime and Kwiksure.