What is the state of mental health in Thailand?

According to the Anxiety center mental illness is on the rise, and thus should be recognized across the globe.One may question the rise of mental illness, as the world as it is today is considered an easier place to live, compared to 50 years ago.

Mental illness in Thailand, however, is still not seen for what it really is. Many still see it as a weak state of mind, but that’s far from the truth of what mental health problems really are. Thailand has seen two suicide epidemics in its history, the first was when AIDS was newly discovered and the next during the late 90’s to early 2000’s financial crisis. Apart from these periods of time, Thailand has never really faced major issues with suicide and mass depression. However, according to Dr. Somrak Chuwanichawong of Bangkok’s Srithanya Hospital, suicide and depression are on the rise again.

So what is the cause of this drastic change? This Pacific Prime Thailand article lays out the stigma behind mental issues, and the main causes of mental issues in Thailand.

The stigma behind mental issues

The widespread stigma against mental health revolves around the belief that those suffering from mental issues are weak and don’t have the power to get over simple sadness. That is the furthest thing from the truth, rather people suffering happen to be so strong that in many cases they do not share their feelings and deal with it all by themselves. Oftentimes, someone who hurts themselves is seen as crazy. For example, a recent case involved a Chompuu, a 21-year-old student who engaged in self-harm. When her mother found out about what had happened, she did not speak to her daughter for two days.

Causes of mental issues in Thailand

Thailand is still deemed as a developing country, therefore, there is a major gap between the rich and the poor. After the late 90’s financial crisis it can clearly be seen that money has a huge effect on the mental health of Thai people. It was the worst suicide epidemic in Thailand, as itled to a rapid increase in mental issues. Chompuu, who was mentioned in the paragraphs above, didn’t want to seek help for the issue because she was afraid it would cost her family a substantial amount of money.

Teenages and young adults in Thailand have a lot of expectations thrown upon them by their families. Especially if they are from a poor background, they are seen as the ones that need to provide for the family. The pressure is put on them since a young age to do good in school so they will be able to get into a top college and provide for the family.

Cyberbullying has risen exponentially since the inception of social media,and so has entitlement. Young adults watching people get famous through podcasts and vlogs may feel like they are entitled to do it as well, however, they may lack the skills or luck needed to become successful. And when they don’t succeed, it could lead to depression and other mental illnesses.

As discussed in the beginning of this article, there’s a certain stigma attached to those with mental illness in Thai culture. Patty, a health coach in Thailand, describes this stigman the best way possible; she states:

“Thai society was not rooted in science, emotional health and neuroscience to begin with. A lot of our background stems from superstition and an obsession with saving face, too. I don’t think the combination of the two makes a good pathway to understanding human psychology and mental health.”

Foreigners being away from home

On top of that, Thailand is also a well-known place for foreigners to retire. However, once here for a long time, loneliness can set in thus leading to mental illness. Being away from your natural environment in a place vastly different from what you’re familiar with can affect your mindset.

How Pacific Prime Thailand can help

Pacific Prime has been in the health insurance world since the turn of the century. Our advisors have years of experience offering various forms of health coverage. Most health insurance plans do not cover mental illness, but there are comprehensive policies that offer mental health benefits. To learn about your health insurance and mental health coverage options, contact us today. For more useful resources like this blog article, visit our Prime Guides page to check out our range of reports,infographics and guides. 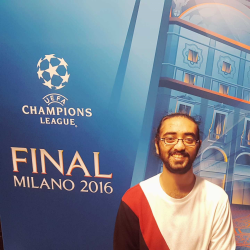 Latest posts by Karoon (see all)

Alternative State Quarantine hotels: Your guide to ASQ in Thailand
Types of insurance plans for international schools in Thailand
Exploring the different types of health insurance in Thailand

Karoon is a content creator who strives to represent Pacific Prime's goal of simplifying insurance.